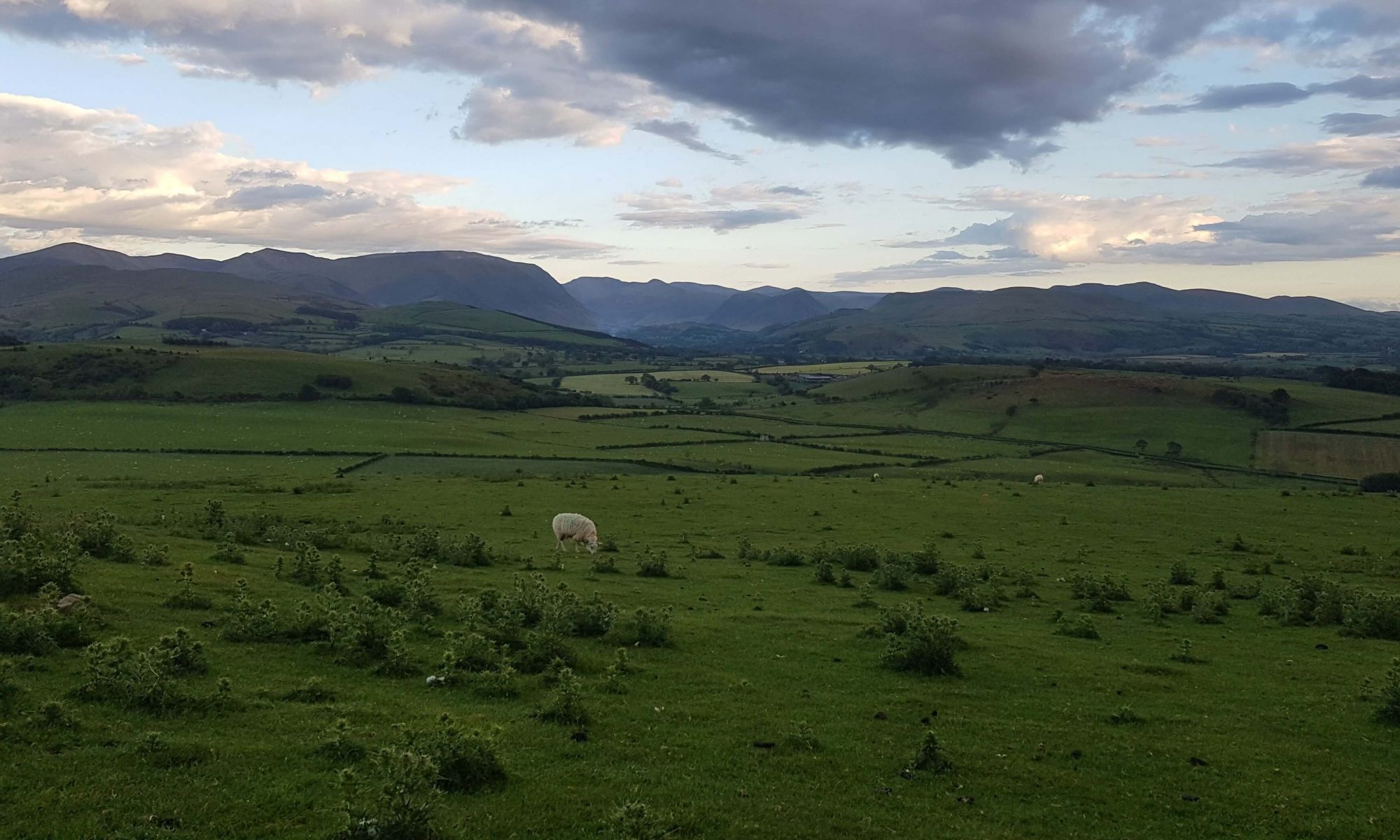 Adventurer Nic walked this route on Saturday 6th June 2020. These were Outlier numbers 17 and 18 of 116 for Nic. Here, she explains how you can bag these outlying fells too.

Our previous peak bagging walk was a hike up Faulds Brow in the far north of the Lake District. Walking Wainwright’s Outlying Fells of Lakeland with my boyfriend James has given me the opportunity to explore new and wonderful places, and in this case, it has made me appreciate the hills closer to home. Watch Hill is our local Outlying Fell and the one I’ve hiked the most. It’s a really great little fell with awesome views over the northwestern Lake District mountains and down into Buttermere.

We have walked up Watch Hill from home in the past, but on this occasion we parked in the layby to the south of the fell, where the main road out of Cockermouth splits beside the Bitter Beck.

It was early evening as we walked west on the path along the main road before reaching a kissing gate which led into a field.

This field often contains sheep and lambs in the spring/early summer.

The lambs were very curious and not at all skittish on this occasion.

We ascended following the right of way north east through the farmers fields, to another gate.

Gorse bushes lined the way as we ascended gently, keeping the dry stone wall on our left.

We left the wall as it dipped down towards the edge of the woodland and we continued up the grassy ridge, aiming for the highest point.

Alfred Wainwright described the top of Watch Hill as ‘a most delightful promenade’ and I would have to agree with him.

We progressed along the rippled ground, sticking to the crest of the wide ridge in the direction of the woodland at the end of the ridge.

It’s widely assumed that the ripples are the remnants of medieval field systems known as ridge and furrow.

The summit of Watch Hill (Setmurthy Common) is the highest knoll next to the corner where two boundaries meet beside the woodland.

After pausing on the summit we went over the stile and continued into the woodland.

The sky was threatening rain so we were pleased to be under the cover of the trees. We followed a thin path at first which soon led to a steep but short downhill section.

We then picked up the main forestry track which was wide and made for easy walking.

The forest path undulated and we walked to the soundtrack of birds tweeting away in the higher branches.

The woodland eventually exits through a gate and back onto the field we originally ascended.

It was simply a case of following the wall back down to the road. However, our descent was quite eventful! Firstly, it started tipping it down with heavy rain which led to us half walking and half jogging for the last fifteen minutes of the walk. Then we encountered some cows which were congregating around one of the gates. Luckily they dispersed with minimal persuasion.

Looking like drowned rats, we retraced our steps back to the car.

We made the short drive back to James’s house to dry off and the following day we headed to the south east in a quest to summit Whitbarrow.