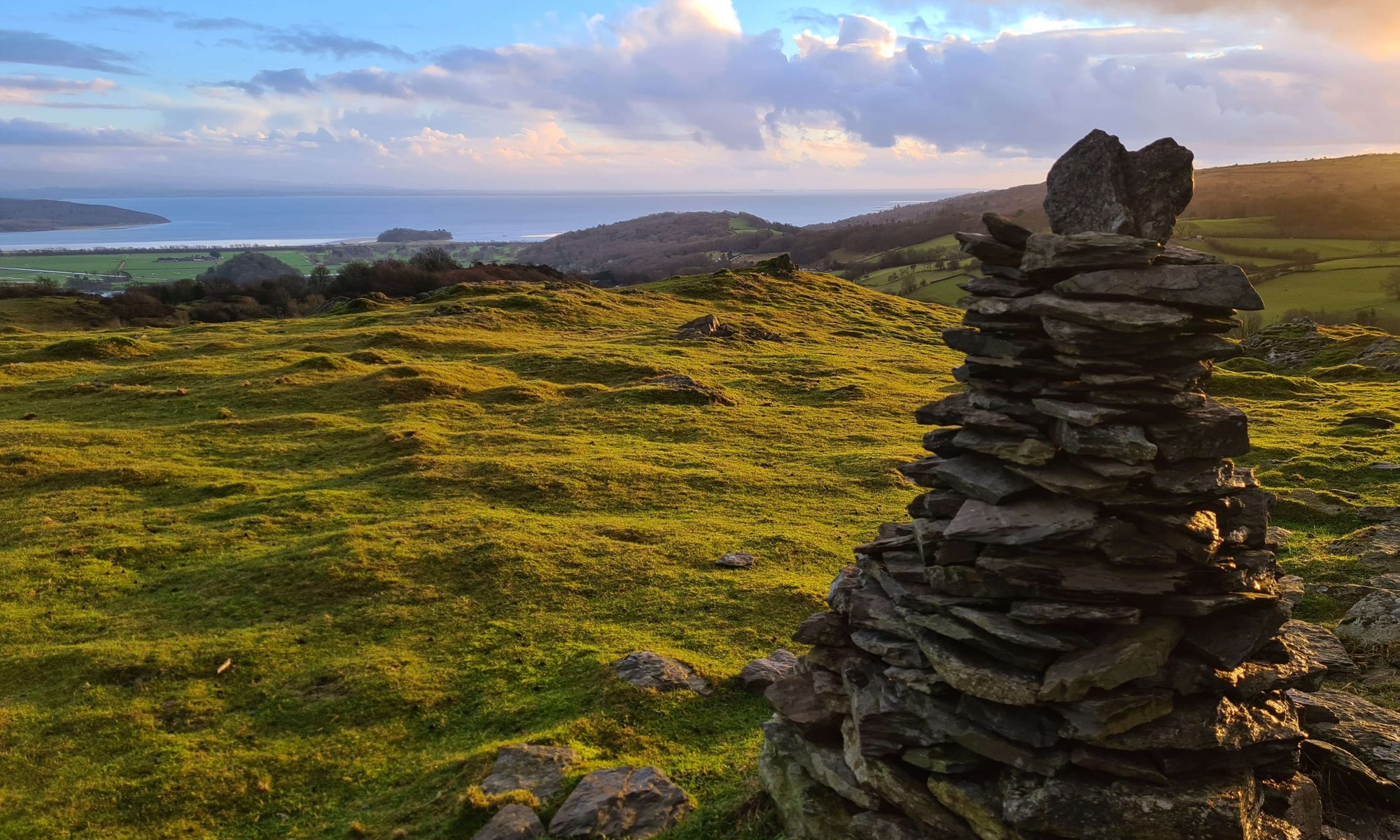 Adventurer Nic walked this route on Sunday 20th December 2020. This was Outlier number 100 of 116 for Nic. Here, she explains how you can bag this outlying fell too.

Earlier, my boyfriend James and I had hiked Newton Fell North from a parking area near Chapel House Forestry England. We moved the car slightly to start Newton Fell South (Dixon Heights) from Lindale, in order to avoid walking across private land.

We parked on The Gill opposite a wonderful waterfall and walked uphill past the Royal Oak pub. Ascending past Burnbank Cottage we continued straight on up Lindale Hill. We merged onto Cartmel Lane, ignoring the road sign that indicated the vehicular route to Kendal and Lancaster. There’s no doubt about it, this is the least enjoyable stretch of this route and caution should be taken walking along this road. There are very limited parking options for this fell which necessitates the road walking, but it would soon be forgotten once we were across the main road.

At the end of the slip road we crossed the dual carriageway A590 carefully.

At the other side of the road we made our way down the tarmac lane – Lindale Brow.

We passed through a small hamlet before following the right of way onto a track.

We passed over a stile at the side of a metal gate and ascended up the side of Newton Fell Dixon Heights, enjoying the view over the wall on our left.

We forked right to stay on the right of way and the trail led into woodland on grassy terrain. Passing through a wooden gate which was pinned open at time of writing we continued north.

Immediately after this, we forked off to the right following a faint trail, to pass under the crag.

We reached a ruin atop the crag and enjoyed the low sun which was creating a lovely orange glow.

Walking alongside a fence we progressed on to the south, close to gorse bushes and small trees.

We then peeled off to the left once we’d cleared the steep part of the crag. This was where we saw our first fell pony. A white pony in the shelter of the undergrowth.

We continued uphill and saw our second fell pony, which had a beautiful rainbow backdrop.

From here the tower top of Newton Fell South (Dixon Heights) was in view.

We enjoyed views over nearby fells.

The views out to Morecambe Bay were particularly beautiful.

The view across to Hampsfell was stunning in the evening light.

Despite the heavily tarmacked approach, the scenery from the top of Newton Fell South – Dixon Heights was ultimately worth it.

We descended over easy grassy terrain to the north. We turned left at the bottom to join the path and retraced our steps back to the car.

Next on the Outlying Fells peak bagging agenda was a mash up of Alfred Wainwright’s Howes and Seat Robert routes in the Far Eastern Lake District.