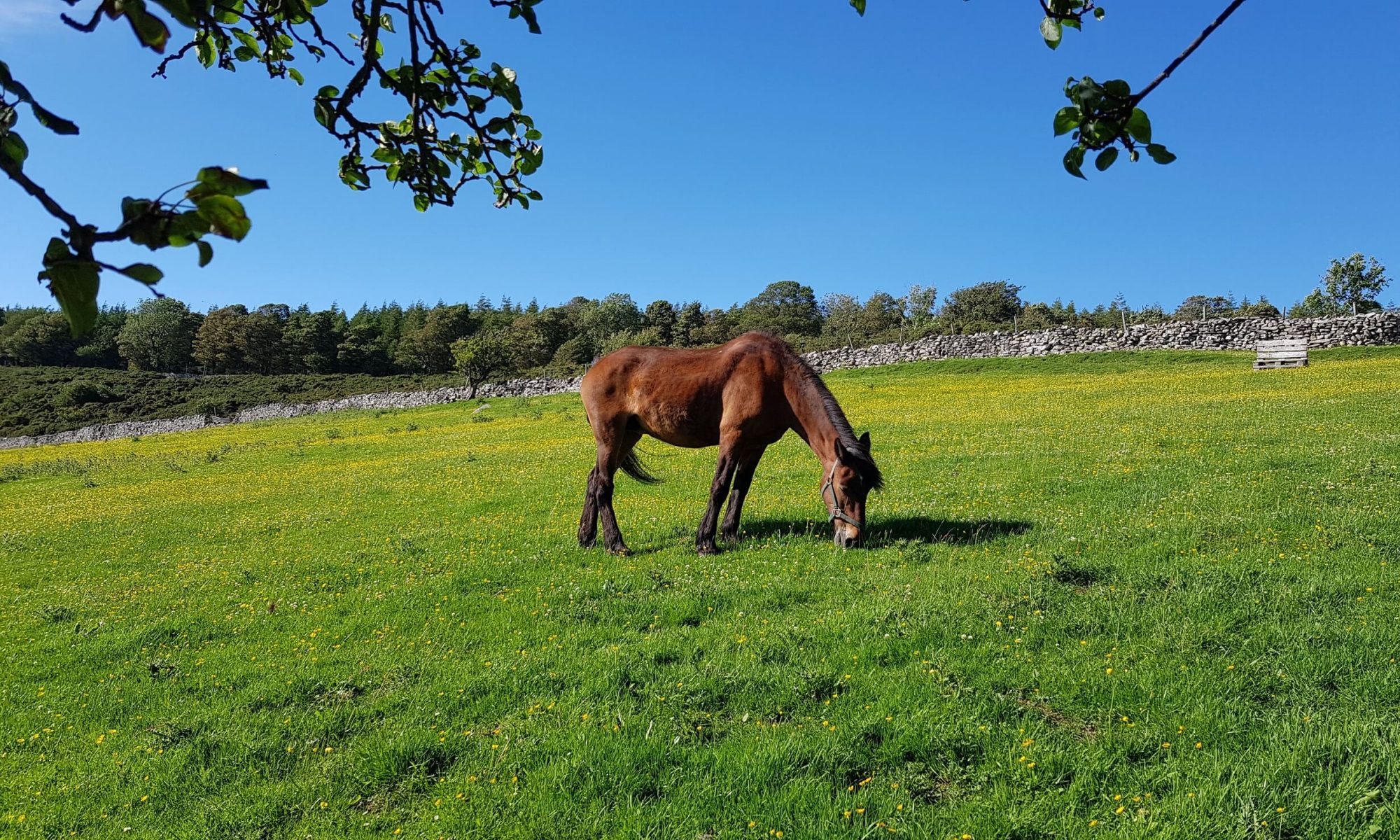 Adventurer Nic walked this route on Saturday 20th June 2020. This was Outlier number 38 of 116 for Nic. Here, she explains how you can bag this outlying fell too.

For the majority of the day, we’d been walking the Bannisdale Horseshoe. It seemed rude not to hike Knipescar Common as we virtually passed it on the way home and the weather was wonderful.

We parked the car by the start of the route and headed north-east on a footpath, following well-placed finger posts.

We didn’t start the walk until 6:30pm but that didn’t matter as the weather was warm and it was a glorious evening.

Grabbing a sneaky peek over our shoulders towards central Lakeland, we could already make out some of the fells that make up the Kentmere Horseshoe. This bode well for the view from the summit.

Following the right of way though a field, we gingerly made our way around a herd of cattle that looked a bit twitchy. Moving slowly and sticking by the wall seemed to do the trick.

After deftly avoiding the cows, we went through the gate and into another field. This time, we were met with an enthusiastic flock of sheep. The baaaa sounds were deafening, it was clear they had mistaken us for the farmer and were expecting a treat!

From there, the right of way led us around the fringes of a farm house and up a field with a resident pony and a horse.

Coming around to the top of the ridge, we could appreciate the rows of limestone that Knipescar Common is famous for.

Turning to head west along the ridge, the route had a stone wall to the right and gorse bushes to the left, and a nice wide channel to walk along.

The view to the left swept down into the valley of the river Lowther and back up to the beautiful hills. It was here that we first spotted Haweswater, just to the right of the Naddle Forest.

Soon the trail peeled away from the wall and we reached the summit.

As the summit is unmarked (no cairn, trig pillar or other identifying feature and on a fairly flat plateau), grid reference was the only real way of ascertaining the true summit of this fell.

The views were stunning with Selside Pike, Branstree, Harter Fell, Ill Bell, Mardale Ill Bell and High Street all visible from here. It struck me as interesting that most people who set out to bag the 214 Wainwrights will never see the far eastern fells from this angle. They’re definitely missing out!

I didn’t expect to see Blencathra from this vantage point but the distinctive Saddleback shape to the north-west was unmistakable.

I couldn’t stop smiling by this point, I’d previously thought of Knipescar Common as just a ‘filler’, something to squeeze in on the way home from a bigger peak bagging day. But it was turning out to be worthy of a whole afternoon.

My increasing hunger was the main reason for us to start descending, although I’d love to come back for a sunset hike here another day.

We came off the ridge and followed a path network through the bracken down into the valley.

On one occasion towards the end of the route, the bracken was quite overgrown and we ended up in a bit of a mixed bracken and nettle bed accidentally! Regaining the rightful path was momentarily painful thanks to the nettles, but luckily we’d not strayed far.

Over a couple of stiles and through a couple of gates and we were back at the car in no time.

Next on the Wainwright’s Outlying Fells peak bagging agenda was Walna, Caw, Stickle Pike and 7 other fells on an epic 26km peak bagging hike.