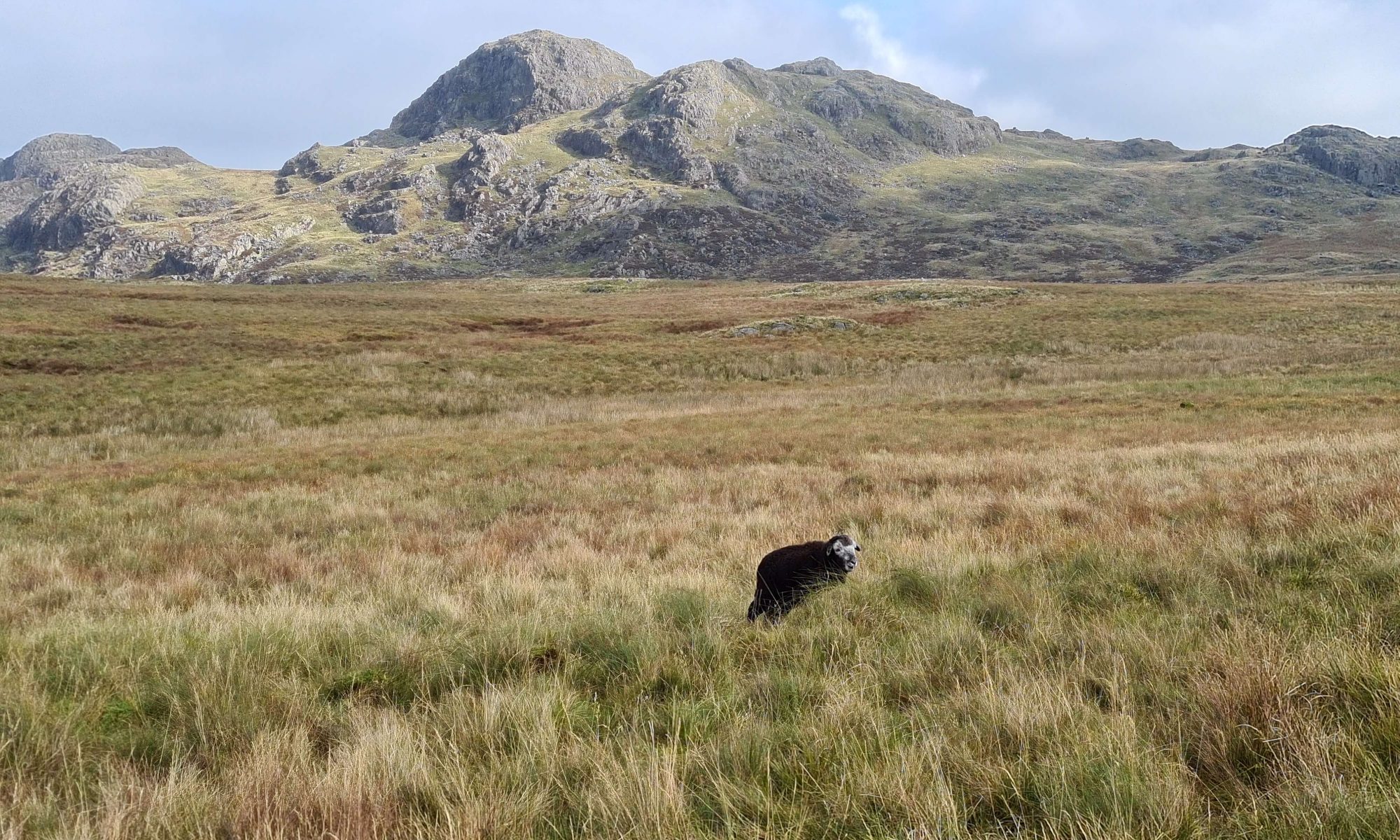 Adventurer Nic walked this route on Monday 21st September 2020. These were Outlier numbers 87, 88 and 89 of 116 for Nic. Here, she explains how you can bag these outlying fells too.

It had been almost a month since my last walk on my project ticking off the Outlying Fells of Lakeland. Potter Fell was my last route and I was ready to tick some more off the list.

In the week prior to the walk, my good friend Ian Baines contacted me to say that he and his wife Helen and son Samuel were going to be up in the Lake District and would love to join one of my Outlying Fell walks. I jumped at the chance! It would be a special walk because Ian was the person who had kindly let me borrow his Outlying Fells of Lakeland book as a planning resource for my peak bagging and to share the summits of a handful of the fells with him would be an honour.

We discussed the ideal distance, around 15km, and I looked at the fells I had left and we agreed that a round of Great Worm Crag, The Pike and Hesk Fell would be ideal. We set the date and met at the Devoke Water Car Park on the road between Ulpha and Eskdale Green on a bright Monday morning.

As we greeted each other at the cars, Ian asked if we could extend the route to incorporate Green Crag. Helen hadn’t yet hiked Green Crag, which is a 488.7m Wainwright just to the north of Great Worm Crag. Of course I said yes! It was a while since I’d hiked it myself and I’d never approached it from this angle before. It would only add three kilometres to the overall route so it seemed like a great idea.

We started walking to the north east along a track and took the right hand fork when it split. The track led to a farm at Birkerthwaite. We skirted around over a stile to head east into a field which soon led to pathless rough ground.

We made our way around the scattered crags, heading through the gap between Great Crag and Little Crag before gaining high ground between the Rowantree Beck and Highford Beck.

As always with these types of DIY routes, sheep trods appear and disappear along the way, luring you into thinking you’re on a trail, but they never last. Sheep and humans clearly have different intentions in the fells! We had wonderful views to Green Crag in the hazy sunshine of this late September day. As the gradient flattened out we hooked left to face the fell, heading for a gap in the crags on the south eastern side of Green Crag.

We navigated the final couple of craggy sections from east to west onto the summit. It was surprisingly hot for a late September day and we were all in our t-shirts on the top.

After some refreshments we retraced our steps through the topmost crags and then headed for the col between Green Crag and White How over spongy ground.

Conversation turned to linguistics, which happened to be the subject I’d studied at University and a career specialism for Helen. We also discussed the book ‘The Very Hungry Caterpillar’ as Samuel had a collection of the books in all the languages of the world.

We soon reached the summit of White How which was marked by a small cairn. Then we descended to the col between White How and Great Worm Crag. We approached our first Outlying Fell of the day from east to west.

We initially passed the true summit of Great Worm Crag, instead heading for the large cairn at the end of it’s plateaued top.

But it was the smaller cairn that marked the true summit. So we back tracked to it to take some photos before continuing our walk.

I particularly enjoyed the view back to Green Crag and Harter Fell, but the view to the Devoke Water fells was equally impressive.

We surveyed the route ahead and picked out Hesk Fell and The Pike to the south. I love discussing route options with friends. It’s always interesting to hear different considerations and we agreed to head to The Pike next.

After just over a kilometre on the road and after crossing Crosbythwaite Bridge, we turned right at a fingerpost signed to Holehouse Bridge. Here we passed a pair of donkeys that were almost hidden in the long grasses.

We headed uphill along the right of way beside a fence, passing through a gate half way up the fell.

Then we met a pair of gates. We could only assume the sheep channelled Houdini a lot in this area and required extra measures to keep them contained!

As we reached 300m we met a wall and followed it south all the way to the summit of The Pike.

The Summit – The Pike

I absolutely loved the view down to the Duddon Valley from The Pike. We paused for more refreshments looking down over Rainsbarrow Wood to the Duddon River.

It was joy to appreciate the fells on the other side of the river that I’d hiked back in June – Stickle Pike and Caw stood out in particular.

Hiking the outlying fells of lakeland has truly given me a greater understanding of the Lake District National Park landscape. I find it a lot easier to pick out summits these days and Ian is a great help when it comes to understanding a skyline as he’s been hill walking and peak bagging for so many years.

We left the summit of The Pike and followed the boundary all the way to a wall junction at around 350m on the approach of Hesk Fell.

We crossed using the stone stile in the wall. This was under the close supervision of a bunch of socially distanced Herdwick sheep!

From here we made a beeline for the summit of Hesk Fell to the north west.

Our final fell of the day was here and we admired the views from the rather flat summit.

I realised how thankful I was to have met such lovely people through Instagram and peak bagging as we started to reflect on how much we’d all enjoyed the day.

We descended over pathless ground to the north almost to the wall corner before following the boundary down to the Woodend Lane.

This led us to the main road, which in turn led us back to the car park.

Back at the cars, we had a good look at Ian’s awesome Munro diary which he’d had printed with accompanying photographs before going our separate ways.

My next Outlying Fells wouldn’t be ticked off until December due to my Walk Home 2020 adventure and the subsequent COVID-19 lockdown. But it would be the Top O’Selside Fells and Carron Crag that would be next up on the peak bagging agenda.