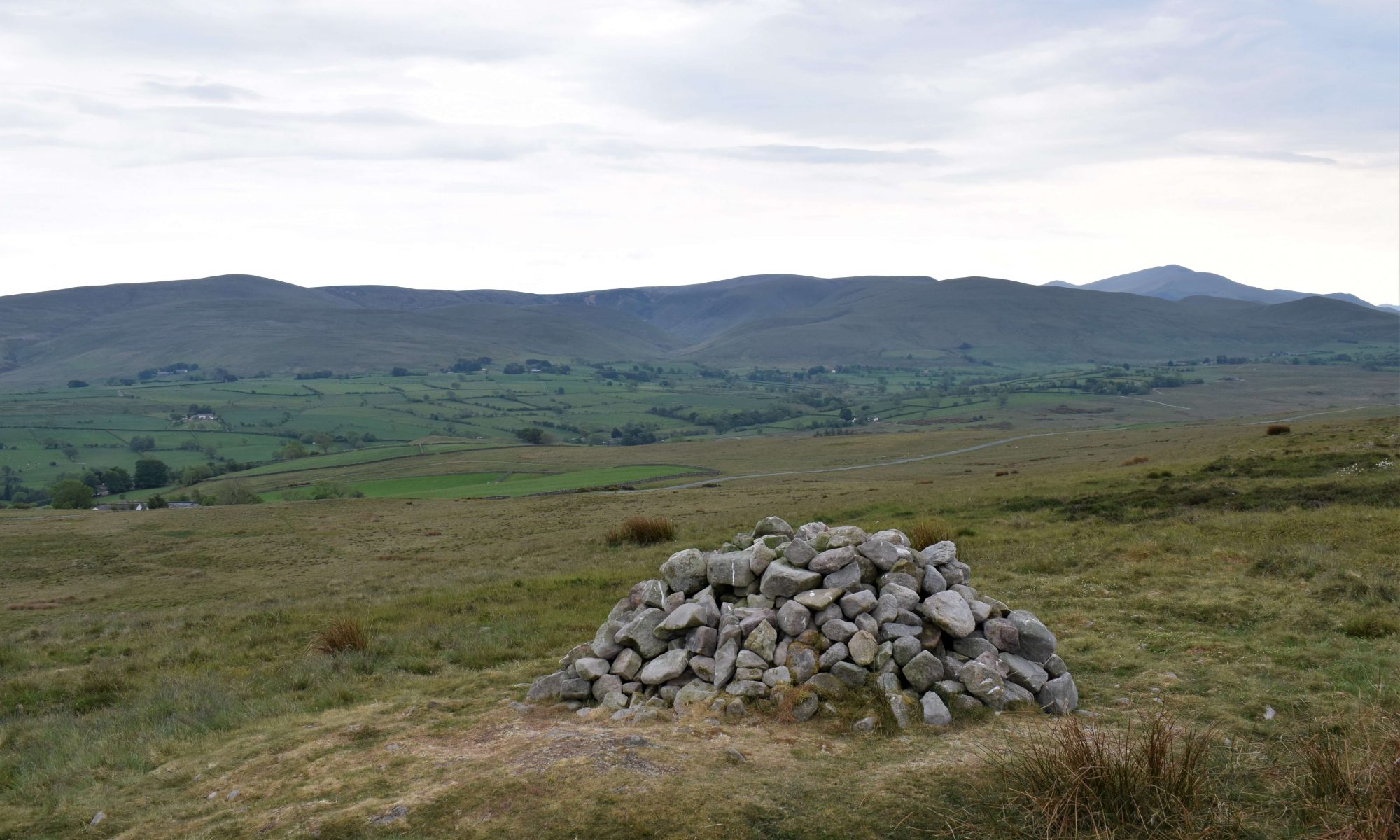 Adventurer Nic walked this route on Tuesday 2nd June 2020. This was Outlier number 16 of 116 for Nic. Here, she explains how you can bag this outlying fell too.

The previous day we’d had a hot and sweaty walk up Clints Crags in the north west Lake District, but the weather was about to turn. A long sunny heat wave was about to give way to stormy and much cooler climes.

My boyfriend James and I decided to head for Faulds Brow while visibility was still half descent. It did however look dark and threatening so a rain jacket came with me. Optimism gave way to realism…this is Cumbria after all.

We parked up in the small car park just outside Whelpo and hiked uphill along the road to start the walk. Up ahead we could see a bunch of tiny bunny rabbits, hopping in and out of the gorse bushes on either side of the road.

We arrived at a T junction in the road and hit the hillside, where a faint footpath led uphill in a northerly direction towards the summit of Faulds Brow.

Views of the triangular summit of Skiddaw opened up behind us as we ascended gently on grassy terrain.

At the summit we were greeted by a large cairn. The most recognisable peaks on the skyline were Carrock Fell, High Pike and Skiddaw.

Faulds Brow is 344m in height and is the most northerly summit of Wainwright’s Outlying Fells of Lakeland. It’s most definitely a ‘hill of two sides’ – one side being the mountainous panorama of the Back O’Skiddaw fells and the other featuring two ugly television masts.

As the sky began to bruise, we headed down from the summit of Faulds Brow to the east, walking past a small car park, before turning south down a track towards a farm.

There was a right of way through the farm but there was a polite sign stating that the residents were self isolating due to being vulnerable to COVID-19 so we were deterred from venturing further. Instead we turned right and headed through the fields.

This came with its own challenges. There were cattle with calves in the next field. James wanted to turn back but I was keen to continue towards the stile in the next wall cautiously. The cows eventually lost interest and moved away, giving us the freedom we needed to escape the field quietly and calmly.

We then descended south down towards the road we’d started on. Passing through a gate and walking right around a copse of trees, we made it back onto the road.

We saw one of the rabbits again. This time on the grass beside the bushes so I snapped a photograph. So cute!

This was a great short walk on the far northern edge of the Lake District. Faulds Brow is seldom walked by visitors of the Lake District National Park, who are lured by the bigger mountains, the lakes and the picturesque towns and villages, but this fell still has a lot to offer, especially to those who have hiked all the Wainwrights.

Next up on our Wainwright’s Outlying Fells agenda was Watch Hill.