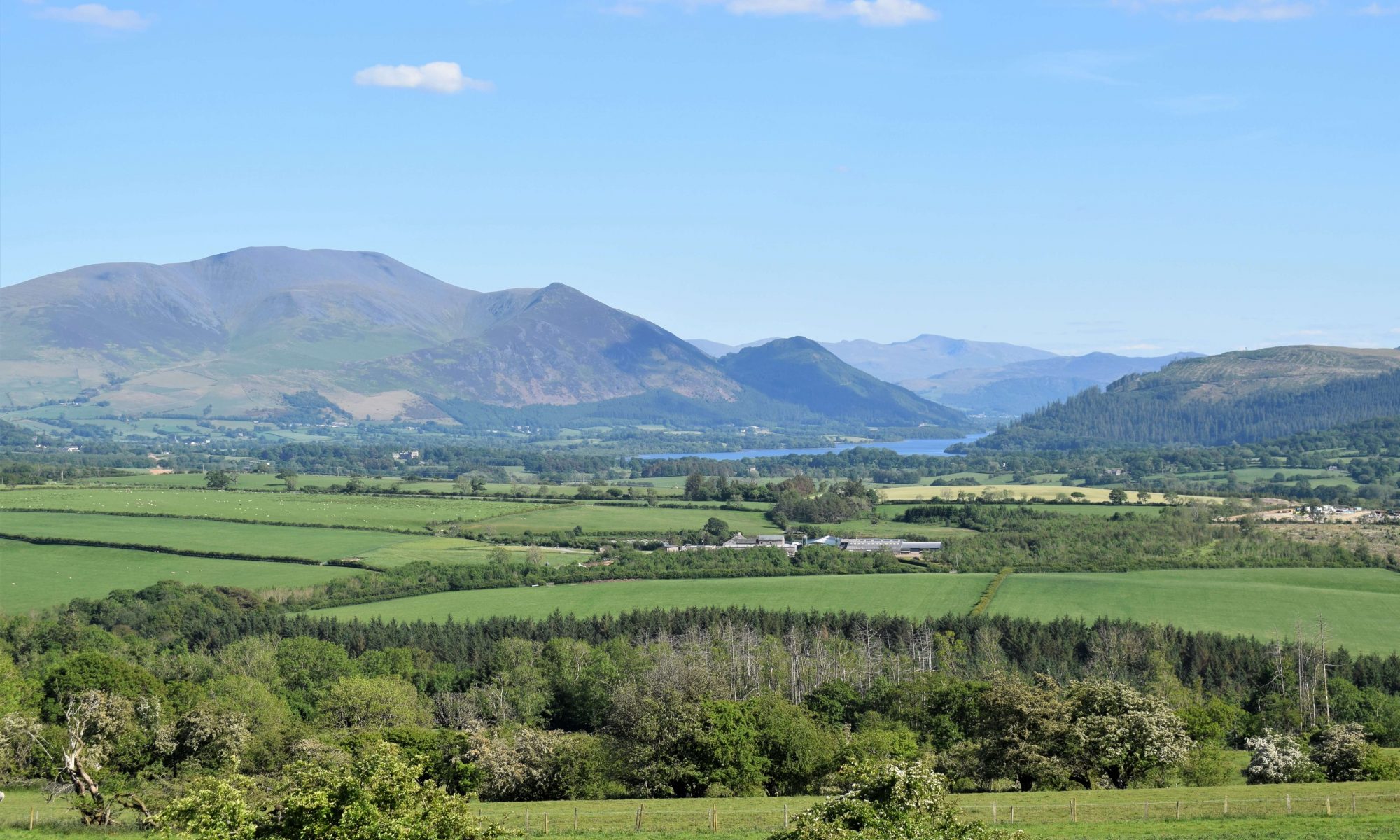 Adventurer Nic walked this route on Monday 1st June 2020. This was Outlier number 15 of 116 for Nic. Here, she explains how you can bag this outlying fell too.

Cumbria was in the grip of a heat wave on the 1st June 2020. I decided to walk Clints Crags one hot Monday afternoon with my boyfriend James after a busy day behind our laptop screens. The previous day we’d walked 12 fells south of Eskdale in an epic 20km peak bagging hike, so at 5.25km, this would be a much more relaxed affair.

It only took ten minutes to drive to Blindcrake from James’s house in Cockermouth.

We parked up on the road and set off hand in hand, walking north-east out of the picturesque village.

It was a perfect day – blue skies, bright sunshine with a perfect smattering of fluffy clouds.

After only a short distance of road walking we turned right onto a footpath following a finger post.

This led us into a dense tree-lined alley which ascended gently in an easterly direction.

At a gate at the end of the passage, we looked out onto the open grassy hillside.

There were plenty of cows in the field so we took our time, stepping gingerly and giving them a wide berth.

We could see the Clints Crags summit in front of us as we made our way through the field.

A faint path appeared and we followed it before pausing beside the wall that ran along the right hand side of the field and gawped at the glorious views across the northwestern Lake District.

A wonderfully deep blue Bassenthwaite Lake looked beautiful in the valley with the giant of Skiddaw looming over it.

We peeled off the path to the left, beside a very small pocket of quarried land to summit Clints Crags.

A very small cairn marked the summit of this Outlying Fell of Lakeland. At a modest 245m, the view from the summit of Clints Crags was wonderful.

We left the summit of Clints Crags and followed the path down past a limestone pavement.

A stretch of limestone pavement sat atop an escarpment. Moss covered the limestone slabs. It has been declared a Site of Special Scientific Interest for conservation as it supports a wide ranging number of rare calcareous species of flora and fauna.

From here we descended further to a ruined farm building.

The views kept getting better and better! We looked across at Skiddaw, Ullock Pike and Dodd, each decreasing in size as the land fell away to the shores of Bassenthwaite Lake. It was a lovely new perspective from which to appreciate these fells.

We joined a gated lane and walked along it before making a ‘u’ turn at the far end of the route.

Avoiding some more cows, we followed the right of way through fields. A series of wide, flat sections of field were each separated by a short drop as they sat like shelves on the hillside.

We walked west, with Thackray Woods now above us, before views to Isel Hall opened up below us in the valley. Parts of Isel Hall date back to 1400.

In the final large field, a wall led us back to the gate where the car was parked.

Due to the weather we were so thirsty when we reached the car, we downed a litre of water each and made the short drive home feeling like we’d had a wonderful hour or so in the rare sunny Cumbrian countryside.

Next on the Wainwright’s Outlying Fells peak bagging agenda was Faulds Brow.