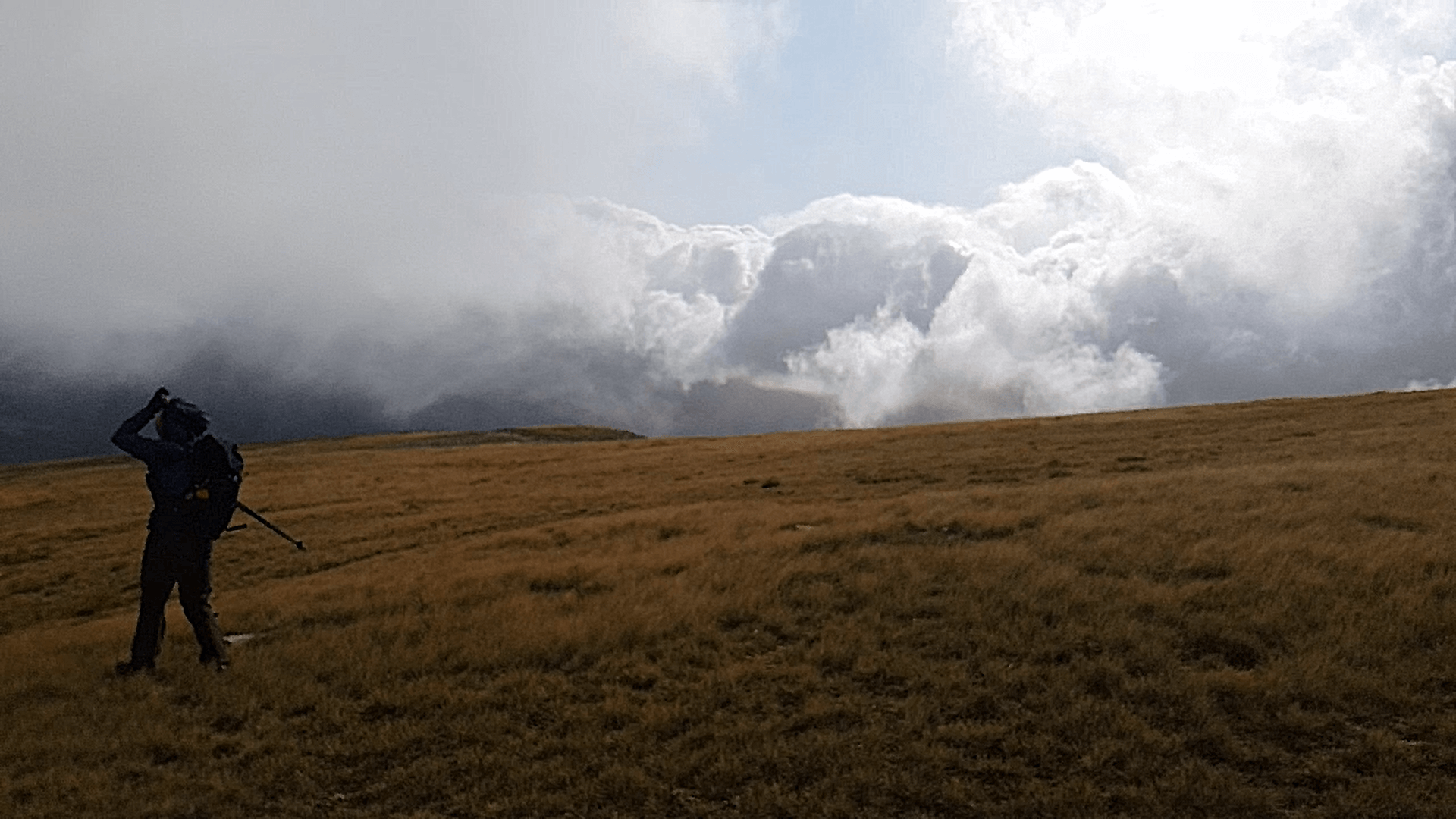 Ben Hope is Scotland’s most northerly Munro. This route card explains the quickest and easiest way of getting to the summit for a peak bagger.

Adventurer Nic walked this route on 22nd August 2019 as part of her Munro Bagging Challenge. It was Munro number 192 of 282 for Nic. Here, she explains how you can bag this Munro too.

It was the morning of Thursday 22nd August 2019. We awoke in Ledgowan bunkhouse in Achnasheen. The previous day we had climbed Slioch in good weather. We made an early start on a steady two and a half hour drive to the two most northerly Munros – Ben Hope and Ben Klibreck.

After bagging Ben Klibreck in the morning, we drove to the start of the Ben Hope walk along single track roads with rough surfaces that had very little traffic on them. We passed Dùn Dornaigil broch on the way to the Ben Hope route. A friend at Mammut Mountain School once told us about the role the Scottish brochs played Iron Age history. Shortly after this we reached a a small car park running along the edge of the road parallel to Strathmore River – the start point of our walk.

We were tired after taking a battering of wind and rain on Ben Klibreck and we knew the forecast was for much of the same on Ben Hope. Friends had told us how great the views were so this was disappointing. One friend said “Oooft! Ben Hope, one of my best days on a mountain” – @jamieneillscotland. Before we’d even started on the path I’d already made the decision that we’d have to return here in better weather.

After eating lunch in the shelter of the car (a masterpiece of tortilla wraps with Nutella and crunchy coconut clusters smashed in to add texture) we started the walk by a large sign by the car parking area, on an established well trodden path. To our surprise, on this mid-week poor weather day, we passed an abundance of people coming down (including a family with two young children). Every person we passed commented that the wind was getting stronger and looked at us worryingly. After 191 Munros, I had lost a lot of weight and perhaps looked like a gust of wind might carry me off the summit of Ben Hope!

There was a clear path and plenty of cairns to follow in the event of visibility being poor. As we headed north on the trail we experienced light rain showers on and off but surprisingly there was good visibility until the last 50m. Persistent thick cloud shrouded the top of the mountain. The wind, which had been strong but manageable up until the summit ridge, all of a sudden sounded like a jet engine. It thunderously roared up from the crags in an easterly direction over the ridge. The forecast sites had predicted gusts of up to 70mph. Consequently, we debated long and hard about whether or not we would risk it, but we knew Ben Hope had a wide grassy ascent to the summit and there were no precipitous drops to our right.

Passing an initial false summit, we made it to the summit trig pillar. We paused briefly for the all important summit photo before seeking the comfort and safety of lower ground. Until we can return, I have a beautiful portrait in my head of what the views to Kyle of Tongue, Ben Loyal, Loch Hope and the Orkney Islands would look like. A blue cloudless sky coupled with an expanse of lochs, unspoilt land in the shadow of inviting hills.

On the descent, the wind whooshed over the ridge with increasing ferocity and we were buffeted heavily. But we stuck to the grassy areas on the left which would be safer to fall on if we needed to. This proved a sensible decision as I was thrown to the ground on more than one occasion! During one fall my walking pole got caught under my glove, catapulting it ten metres into the air! Somehow, James was able to dash back at retrieve it before we continued retracing our steps down the mountain.

We made it down safely but not without struggle – it was like being in a washing machine. The wind was so loud, it was as if there was a high speed motorway just below the crags! A constant roar. The clouds were flying over the ridge with such speed the wind swirling them in multiple directions. We were thrown one way one minute and another way the next!

One phrase sums up how we felt as we made it back to the car. Completely and utterly worn out! Being buffeted by high winds is like being hit by a rugby tackle. Above all, it takes so much energy out of you, having to brace constantly. Simply staying upright and holding your ground is exhausting. We nicknamed this particular Munro ‘Ben Despair’ for that reason – the opposite of Hope! Find out why we nicknamed all 282 Munros here.

We cooked up and ate Summit To Eat expedition meals in the car park to replenish our lost calories. Remarkably, the Ben Hope Route was only a 7km walk but it was up there as one of the toughest we’ve done (although don’t be perturbed, it would be wonderful on a calm day!)

As the day drew to a close, we drove to Inchnadamph, in readiness to climb Conival and Ben More (Assynt) the next day and checked into a double room at Inchnadamph Lodge. This was a real treat after a tough day on the hill. Paintings of Loch Assynt adorned the walls and I reminisced about my first ever solo wild camp being on those shores by Ardvreck Castle. I promised James I’d take him there. After a well deserved, hot, powerful shower we had a good giggle at Master of None on Netflix before retiring to bed.